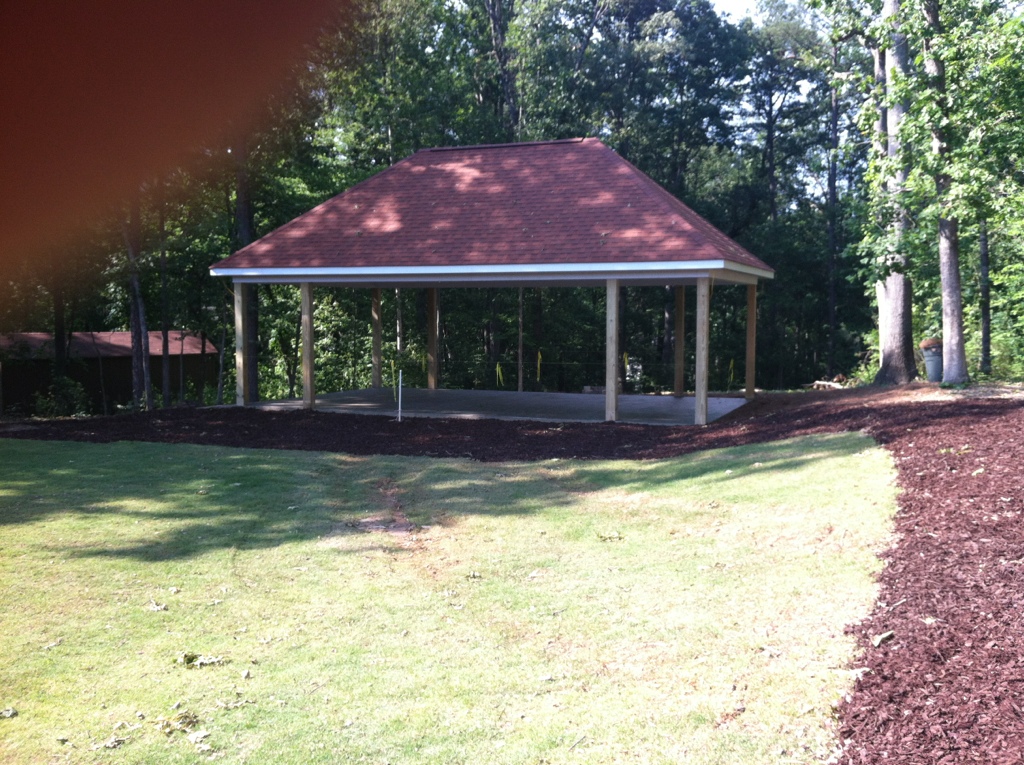 March 14th, 2012 | Posted by Tim in Kitchen Features - (Comments Off on Nice Transition)

This, in progress, picture shows a nice way to open up the kitchen and dining room yet still define the rooms. 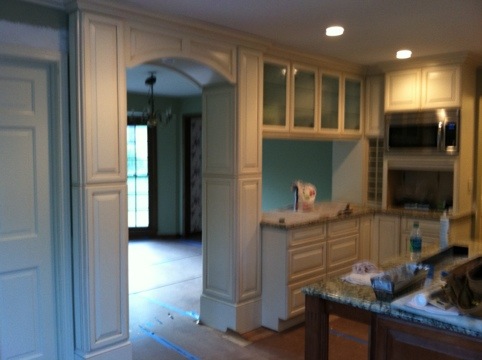 February 5th, 2012 | Posted by Tim in Kitchen Features | Uncategorized - (Comments Off on Making Lemonade – Wine Racks To Cover A Column) 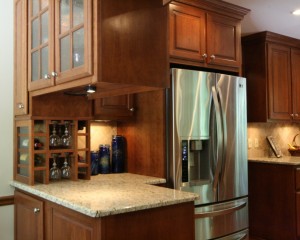 Lemonade from A Lemon

All projects have obstacles, it’s how you handle them!

We recently remodeled a kitchen that included removing a wall and installing a header recessed in the ceiling. We tried very hard to recess the jack studs (supports) as far as we could but they still protruded into the room about six inches. They were coming out exactly where the cabinets were and interfered with the backsplash.

Our customer was apprehensive about this but I told them it would be alright. I told them ‘I will think of something, and, it will be better than if we did not have the problem at all. After a little thought, I remembered back when I first met with them in the evening as they were having a glass of wine. Immediately, came up with an idea and drew it up on in our 3D software. I fired it off to them and and received an immediate positive response.

We built the wine bottle racks and wine glass holders as an afterthought. But, they are now such a key part of the design that we couldn’t imagine the kitchen without them. They are the customer’s the favorite part of the kitchen and show them off regularly.

So remember, remodeling will always have its challenges. Don’t panic, take a moment of pause and make it even better. We always say, ‘Time to make some lemonade!’

December 22nd, 2011 | Posted by Tim in Maintenance | Uncategorized - (Comments Off on Freeze Warning!)

Freezing temps are coming turn off your outside spigots from the inside and open the faucet drain your garden hose and make sure the sprayer handle does not have water in it.